I’ve always admired artists that captivated their audiences to a level that when they go out to see them perform, they actually leave everything else behind for that short period of time and pay attention only to the music. I would be lying if I said that isn’t one of the things that I think of when I make the music I make, or when I play it live. I can sympathize with the idea of a chatty music venue with people having a good time whilst a band are playing on stage, but then again I wish every other gig had an environment where everyone was there for the music and the music only.

I wouldn’t have expected that to happen with me anytime soon though. I guess I have to thank the Sofar Sounds concept for that. I haven’t played many gigs with my solo project but this was the first time a bunch of people just say, saying nothing, doing nothing – just listening to the music that’s being played to them. It’s a very rare feeling. There seems to be a larger sense of connectedness between the artist and the audience, although there isn’t much real engagement per say. 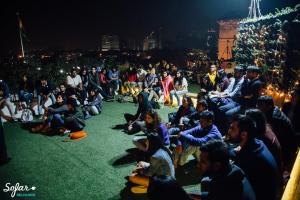 Both Sanjeeta and I have had many occasions on which we’ve been on a stage in front of sizable crowds, but we can both agree that none of them were like this. Personally I observed this both as a performer and an attendee. There aren’t many platforms or events that allow this to take place in today’s age and it was an absolute honor to play to a crowd that was deeply engrossed and genuinely interested in what was being presented to them, even if it made me extremely anxious and nervous at the time.

It was wonderful to finally play with musicians that I always looked up to (by musicians I mean Takar, because Takar is love) and the venue only made the whole experience stand out to most gigs that happen in pubs and indoor venues. I’ve always preferred open venues and a venue overlooking most of central Delhi works just about right I guess.

The Sofar team have been wonderful in setting up this music friendly environment where out of everything else, musicians come together and communicate with each other. I think that has always been an issue in the city and these events are certainly removing those awkward competition based boundaries between musicians because the whole point of Sofar is so share music to someone who is really keen to listen that music. 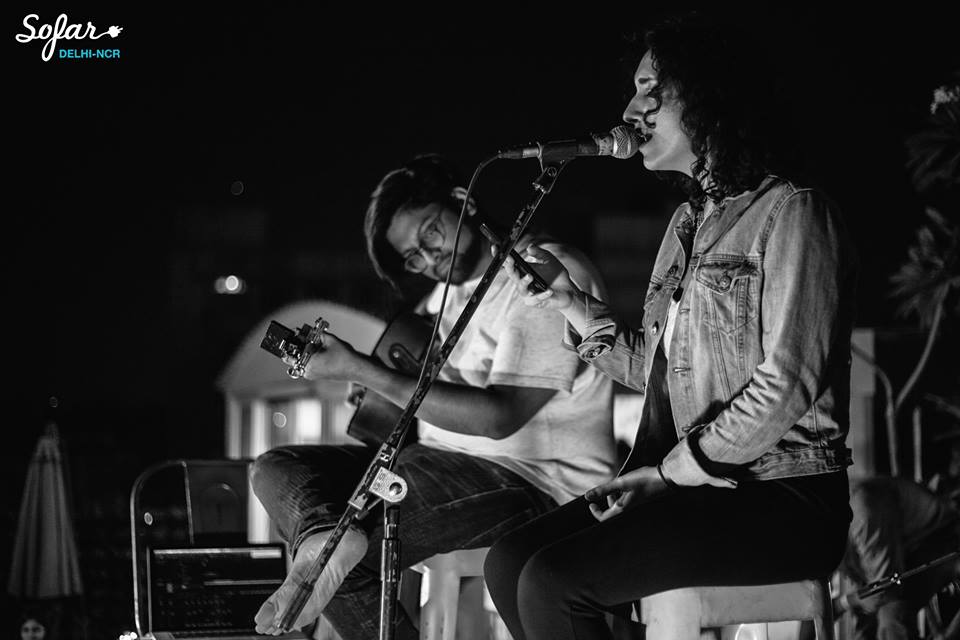