On the 3rd of August, 2018 Berklee College of Music came together with us at Sofar Sounds Delhi to host one of the most memorable sessions till now. It was not an ordinary musical evening post a thunderstorm but an experience which people will remember throughout their lives. This time Alliance Française de Delhi Centre opened its doors for Sofar Sounds to create another stellar show.

The show began with The Gliding Arc a.k.a. Aditya Balani in collaboration with his brother Tarun Balani. The former students of Berklee kicked off the evening with oh-so-soothing jazz tunes. It wasn’t plain jazz tunes which kept the audience mesmerised but the mix with electro, pop, rock notes from his album Constants & Variables.

As the audience progressed towards the end the first set, keeping them refreshed and pepped was the BrewHouse Iced Teas whilst they looked forward to what’s next. 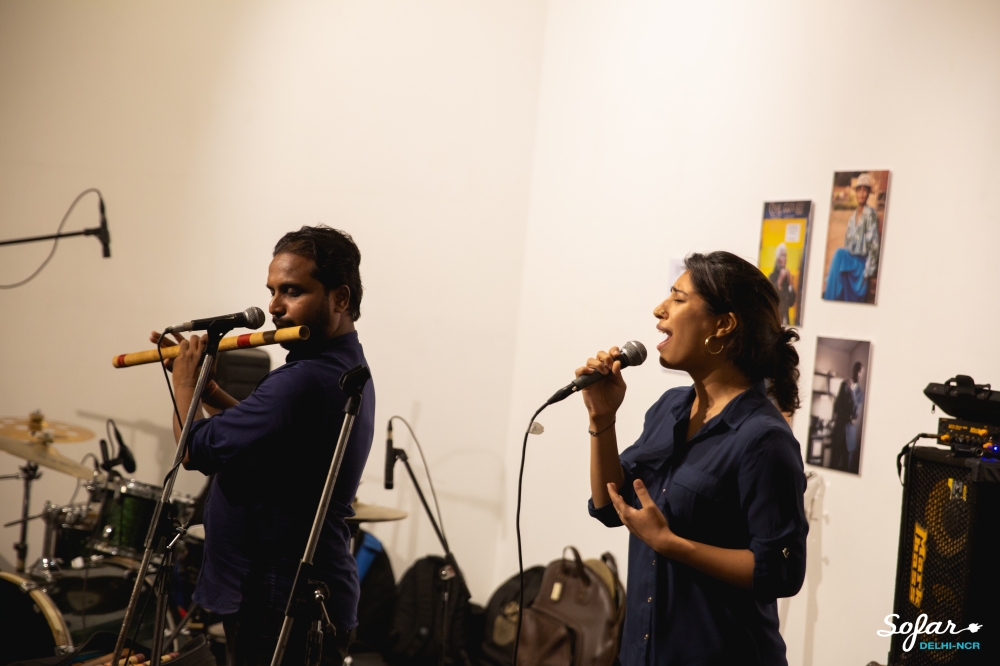 Amira Gill & Friends followed the break with her amazing Turkish folk tune about separation named ‘ayrılık’ which means the same. Amira (presently a student at Berklee) collaborated with Anirudh Varma(keys), Madhur(bass), Anant(drums) & Ritesh Prasanna(flute) for her set. She left the stage with her last song called ‘Ode To Home’ which expressed the close-knit bonds of a family and how much she missed it while she was away. 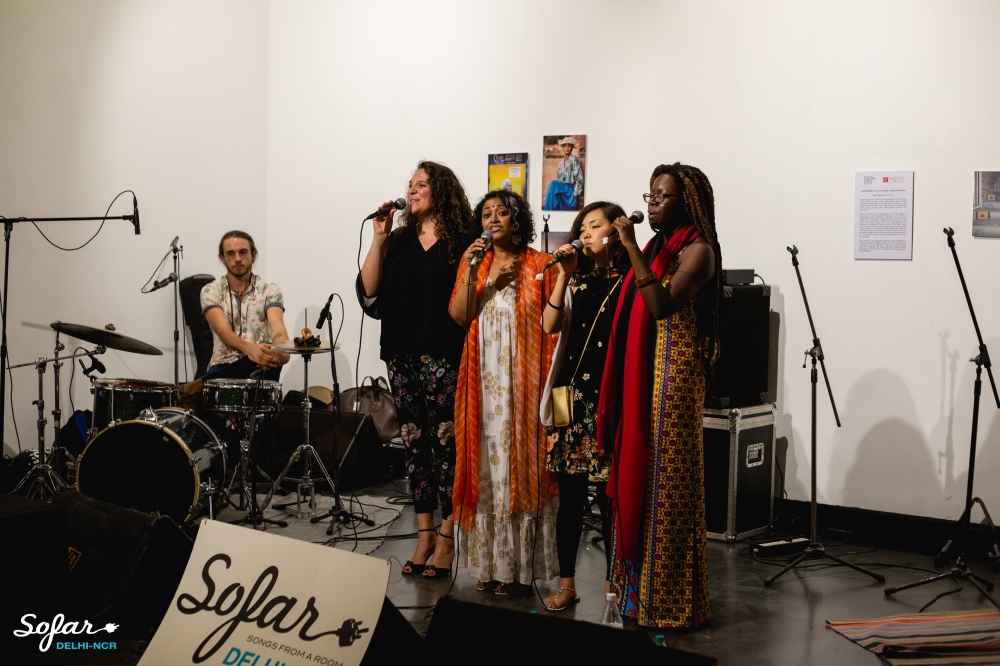 At the last leg on the evening, the stage was taken over by the Women Of The World who are on their Berklee India Exchange Tour. This collective consists of Ayumi from Japan, Debo Ray from Haiti (USA), Giorgia from Italy and Annette Philip from India. They gave a bang on ending to a perfect evening with the music from different cultures of the world in 5 different languages. Supporting the collective was Patrick through his super skills in percussions. He also provided the right amount of “testosterone” as jokingly said by Annette. They left the audience a bit emotional and made them realise the power of music connecting people across the world.

Finally, the evening ended at a joyful note, leaving everyone high on music from every corner around the world.